Development work was taken over by UTAC in 2004. The barrier version ‘PDB XT’ was proposed in December 2007 as the new deformable barrier for ECE R94. Subsequently ADAC introduced some modifications making the barrier less tall, and continued testing with this barrier mounted onto a mobile trolley. Euro NCAP have adopted the MPDB  barrier for the Moving Progressive Deformable Barrier Test which is being introduced from 2020.  Euro NCAP have also adopted the THOR-50M dummy as part of the test criteria, which is also supplied by Cellbond.  The MPDB barrier is available from Cellbond now. 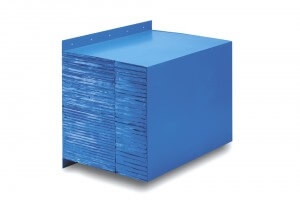