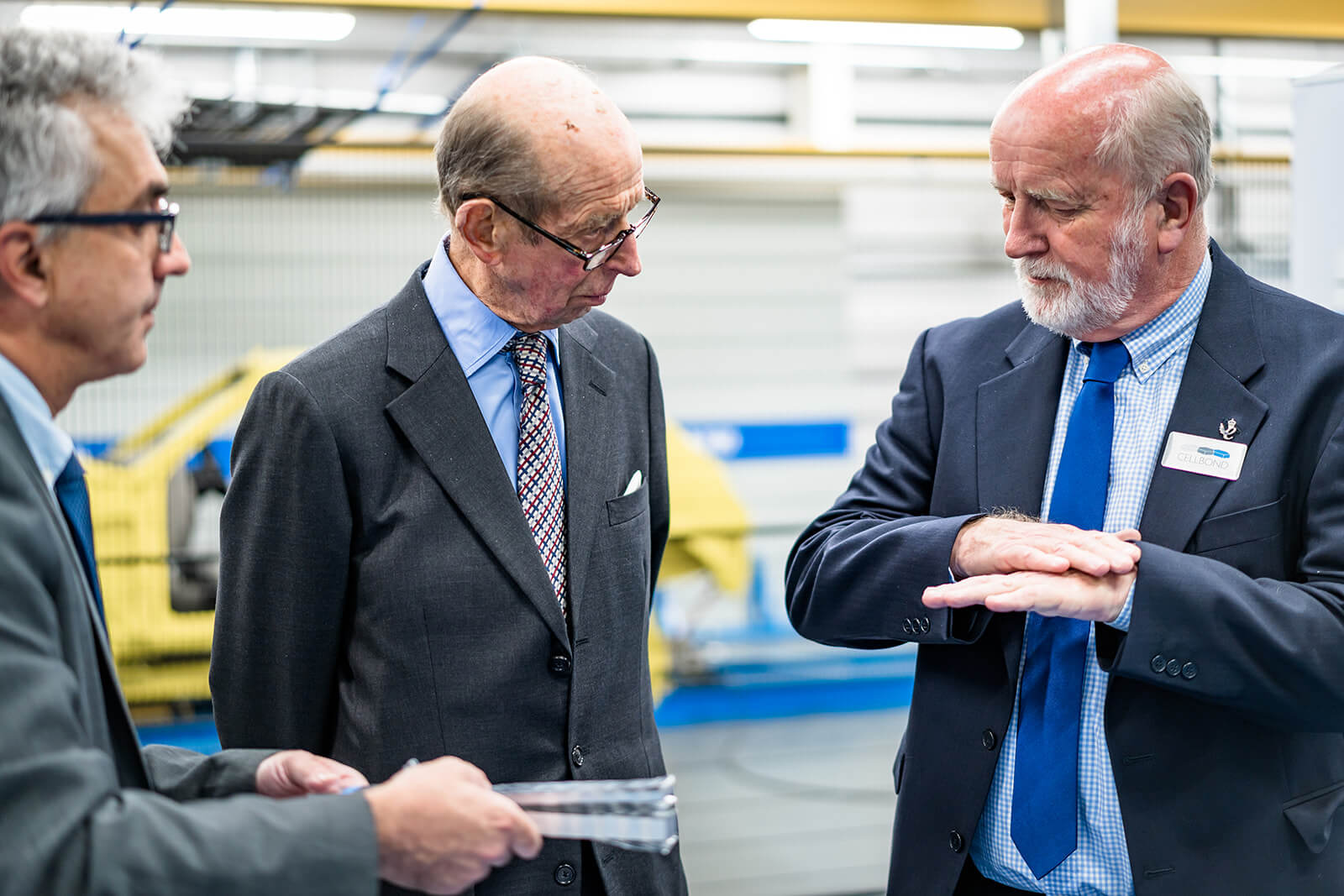 HRH The Duke of Kent KG was the special guest at Cellbond as we celebrated the end of our 30th Anniversary Year on Tuesday 14th May.

Paul Cope and Head of Sales and Marketing, Helen Dighton, took the Duke on a tour of the Cellbond Crash Test Dummy Laboratory. Engineering staff and apprentices were on hand to explain their role in the design, development, engineering, moulding and manufacture of innovative products used by automotive manufacturers and organisations such as Euro NCAP to test vehicle and pedestrian safety world-wide.  The display featured Cellbond’s specialist deformable crash test barriers and their most recent products, the Advanced Pedestrian Legform and Q10 child dummy, both of which have been selected by Euro NCAP for use in all European test labs from 2020.

Paul Cope, Managing Director of Cellbond, said: “It was an honour to welcome His Royal Highness to Cellbond to celebrate the international success of the business, and to mark the end of our 30th Anniversary year.  It was a wonderful opportunity for us to talk about our products which contribute to vehicle occupant safety across the globe, and to recognise the efforts of our staff who play such a vital role in Cellbond’s success.”

Asking questions about the development and testing process, the Duke was able to witness a series of live impact tests as the Q10 Child Dummy, Pedestrian Legform Impactor and Q3 Child Dummy were put through their paces on Cellbond’s own pendulum rig, dynamic test rig and impact sled.

Following lunch the Duke was thanked by Paul Cope and was invited to unveil a commemorative plaque and sign the visitor’s book.  A crowd of staff gathered together to see the unveiling and went outside to wave goodbye to His Royal Highness before tucking into a special celebration cake to mark the event.