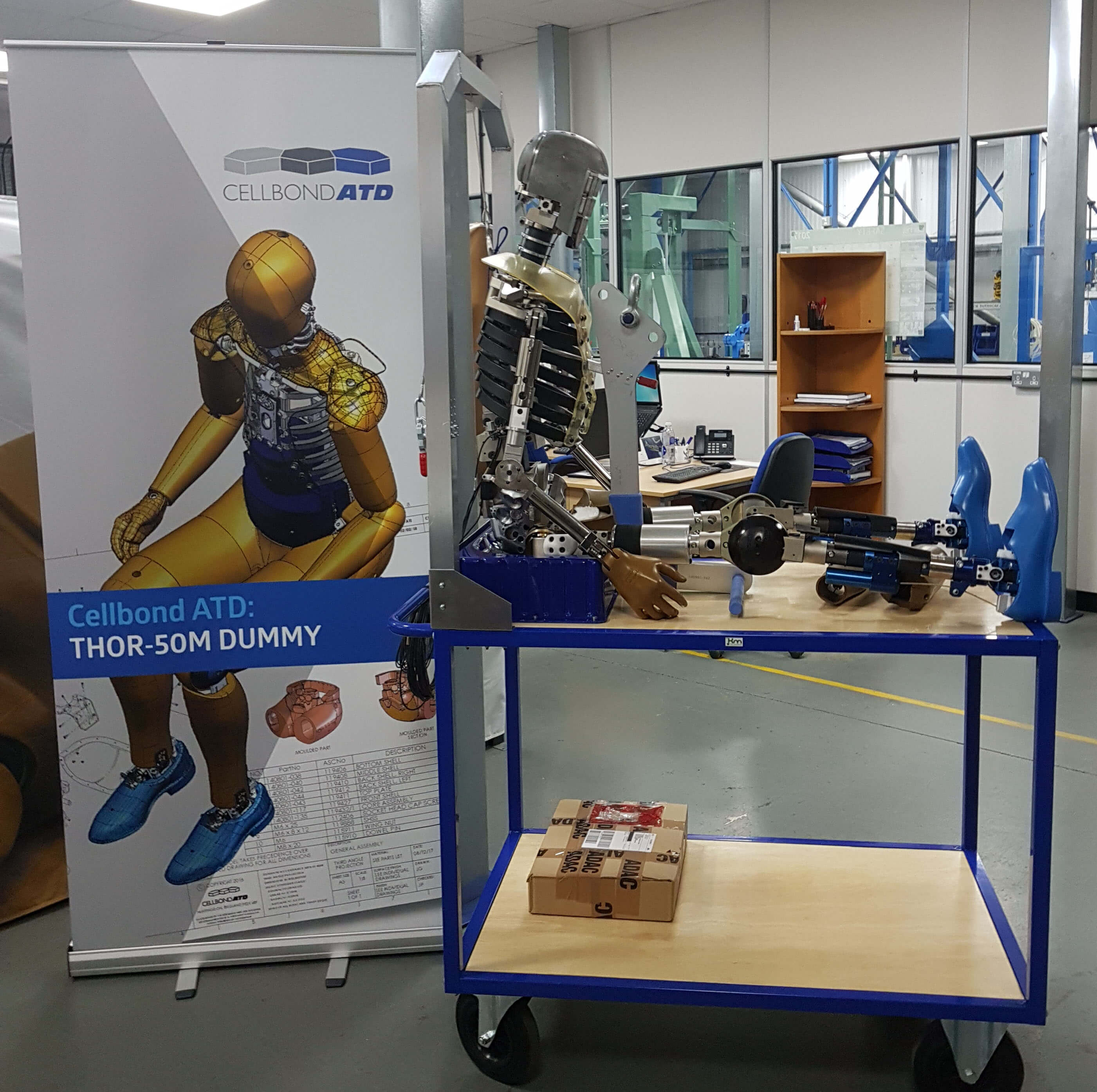 Commenting on LinkedIn, Michiel van Ratingen said ‘The revival of dummy manufacturing in Europe! Impressive to see the progress made on THOR ATD and other crash dummies at Cellbond’.