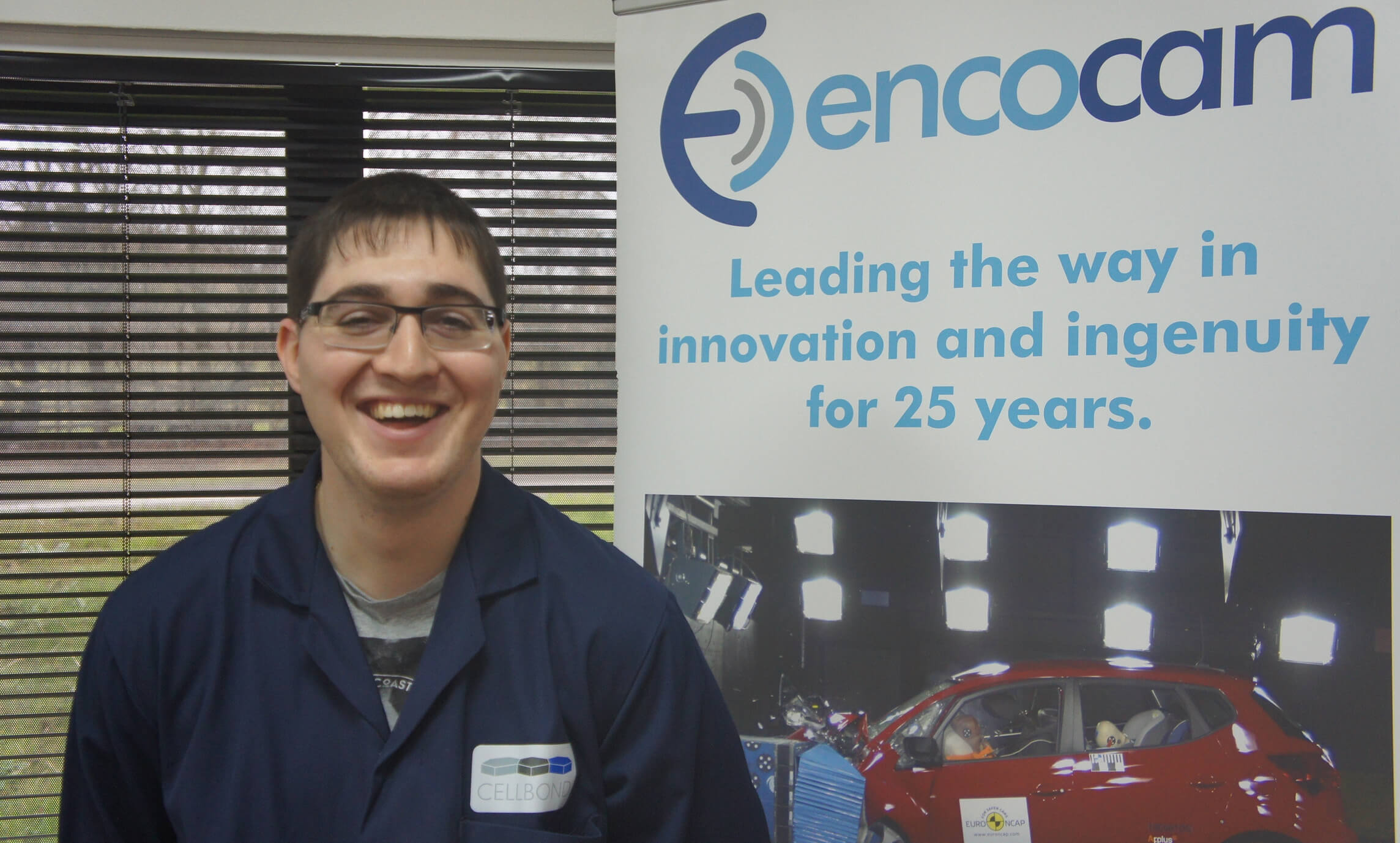 Follow Cellbond apprentice Clinton Elkin as he progresses through his training.

I first started thinking seriously about apprenticeships after spending a year working alongside my father in his plumbing business. I had enrolled at college to get the qualifications I would need to follow him into the trade but had decided that it wasn’t what I wanted to do as a career.

Having left school at 16 I was on the verge of becoming disillusioned with further education. I was highly motivated but knew that my learning style was definitely hands-on. My best subjects had been maths and the sciences, and I always enjoyed design technology. I’d heard a radio interview in which employers had spoken about their preference for apprentices in engineering roles rather than graduates. Their reasoning was that they would have a skilled employee with practical experience and theoretical knowledge by the time that recent graduates were looking for their first role.

One of the biggest factors in my decision was that an apprenticeship would give me the opportunity to reach my goal without incurring the massive debt that 4 years of study at University would leave me with. Not only would I be debt-free, I would be earning as I went along.

The time spent working alongside my father had been really useful – the money I had earnt had allowed me to learn to drive and get on the road in my first car, and had given me chance to perfect some of the practical skills I would need to pursue an engineering career.

After several months of research I found an apprenticeship which offered up so many possibilities that I had to apply. Cellbond, part of Encocam, are based in Huntingdon, Cambridgeshire. They specialise in crash test technology (crash test barriers, energy absorbers, testing, research and development). They have a global reputation for quality and innovation, and had recently invested heavily in a new development laboratory and manufacturing site for their own crash test dummies (Anthropomorphic Test Devices). This new venture would make Cellbond one of only three producers of crash test dummies in the world.

I attended two interviews before I found out that I had been successful. There were two deciding factors – the first was that by working in the plumbing trade I had already been using a lot of the tools I would be working with, and the second was that I was a Scout leader. I had always been in the Scout movement and the manager that interviewed me recognised that many of the skills I learnt there, like planning, project management, first aid and leadership were transferable to a work situation.

The position on offer was ATD Production Apprentice. A local training organisation, West Anglia Training, would be providing the basic engineering skills course that I would attend one day a week. In addition, I would be paired with a mentor at Cellbond, a qualified Mechanical Engineer, and would work closely with the Laboratory Team Leader and Development Engineers. I had been given the chance to join at an exciting time and the apprenticeship was unique in the UK – I was going to make the most of the opportunity!

For more information about apprenticeships at Cellbond click here